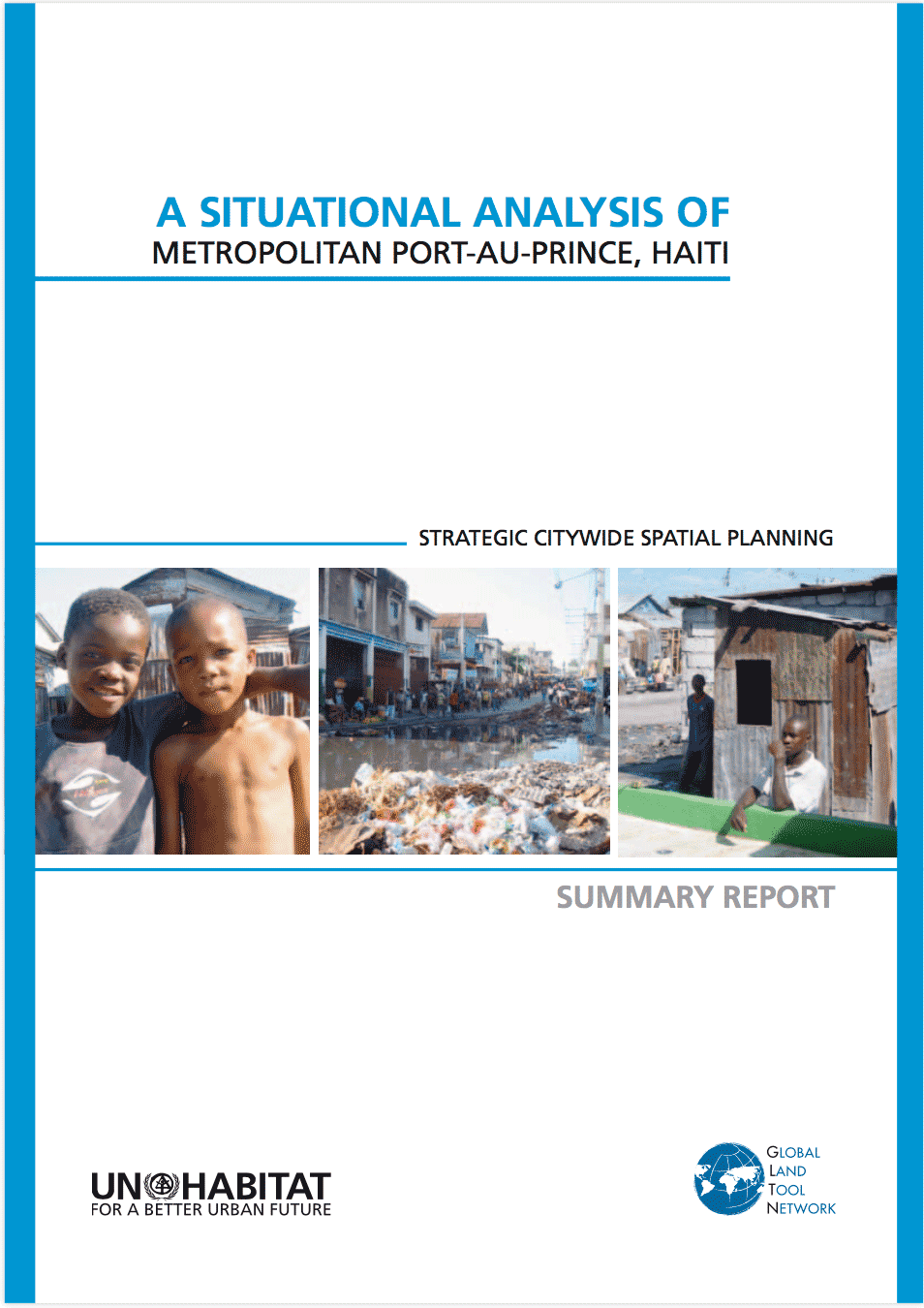 In February 2010, Haiti, particularly the capital Port-au-Prince was hit by an earthquake that caused extensive damage and loss. In 2008-2009, prior to the earthquake, UN-Habitat undertook an urban planning assessment of the metropolitan area of Port-au-Prince, which hosts more than 40% of the Haitian population.