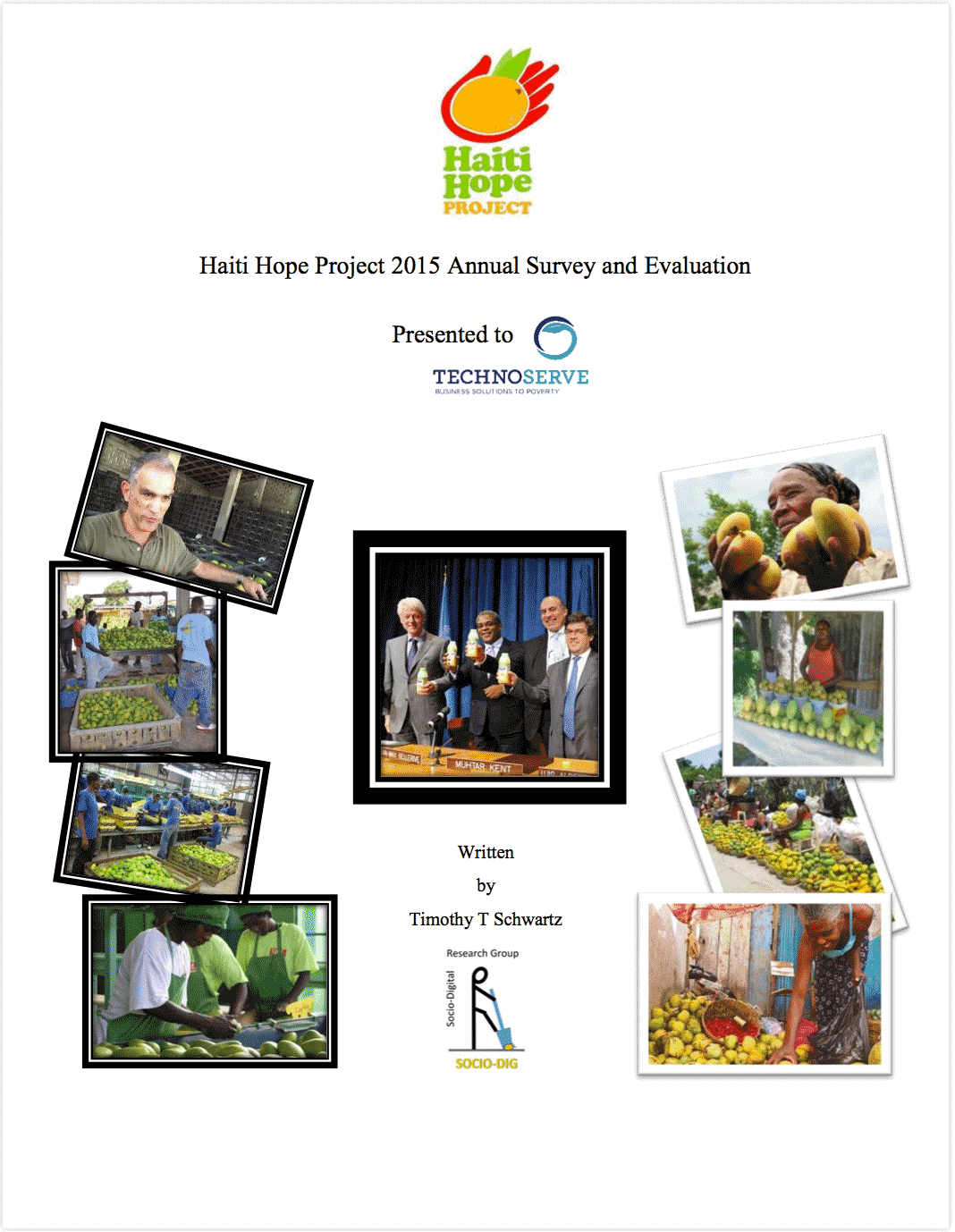 Haiti Hope was a $10 million mango project sponsored by Coca-Cola Company (TCCC), the Multilateral Investment Fund (MIF), the U.S. Agency for International Development (USAID); and the Soros Foundation. The Haiti Hope Project’s primary objective is to raise the income of 25,000 mango farmers. The farmers will increase their income by over 100 percent on average after five years in the program. 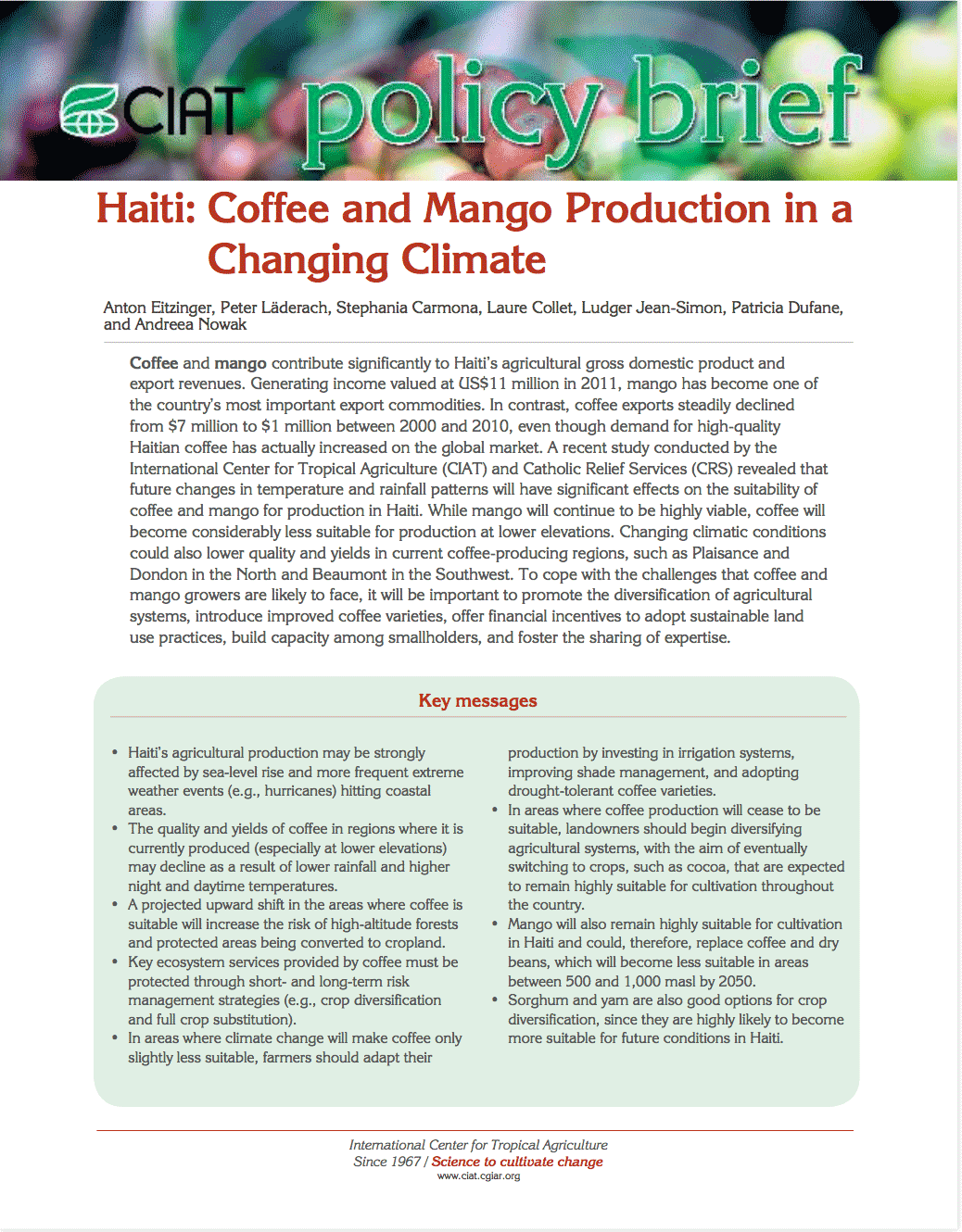 Coffee and mango contribute significantly to Haiti’s agricultural gross domestic product and export revenues. Generating income valued at US$11 million in 2011, mango has become one of the country’s most important export commodities. In contrast, coffee exports steadily declined from $7 million to $1 million between 2000 and 2010, even though demand for high-quality Haitian coffee has actually increased on the global market. 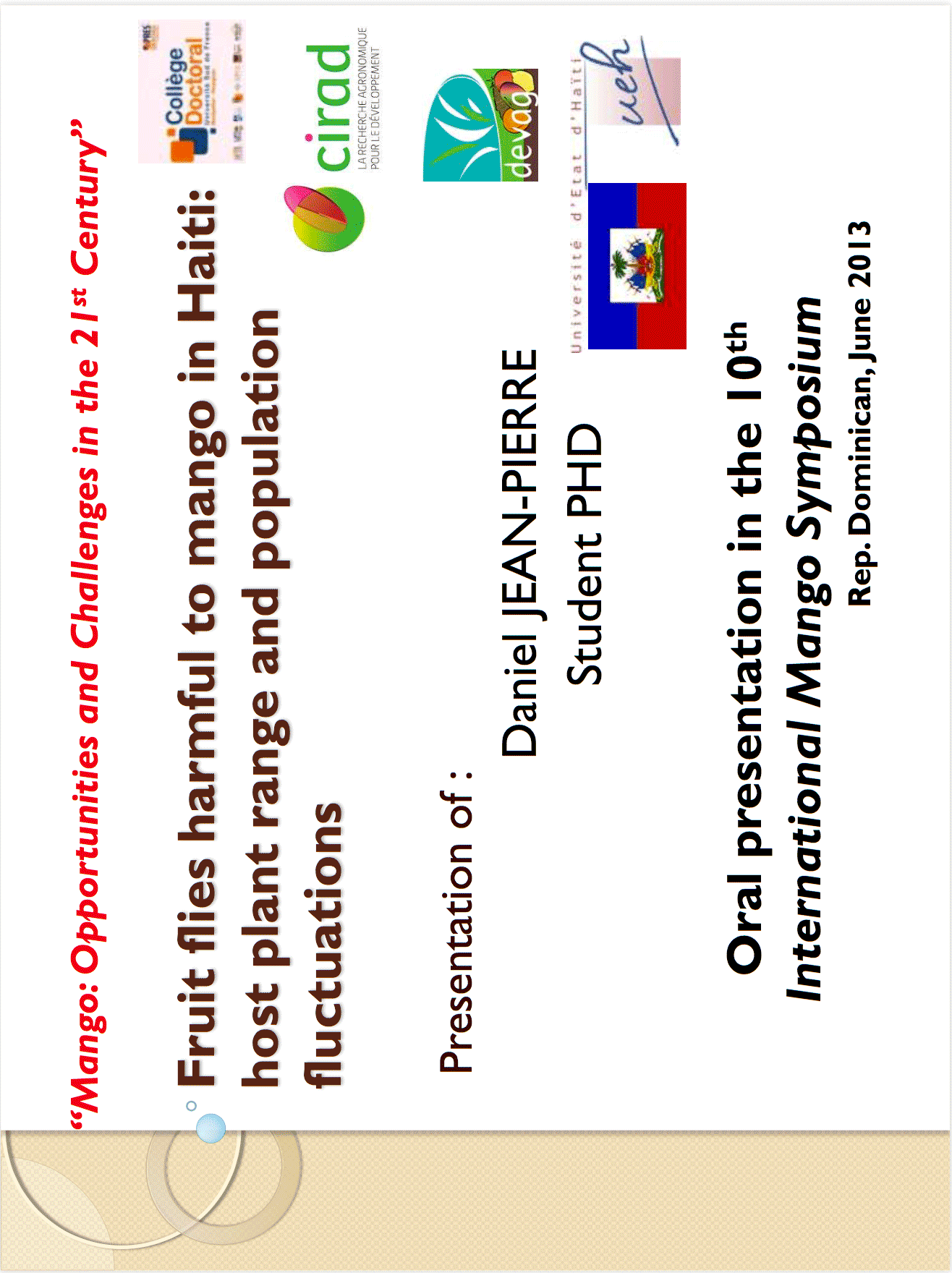 Objectives of the study of the bioecology of tephritid fruit flies harmful to mango in Haiti: To determine the host plant range of two species of Anastrepha (A. obliqua and A. suspensa) and their phenology; To assess the relative abundance of both fly species on the main host fruits; To determine the population fluctuations of both species and factors, biotic and abiotic, that influence them; 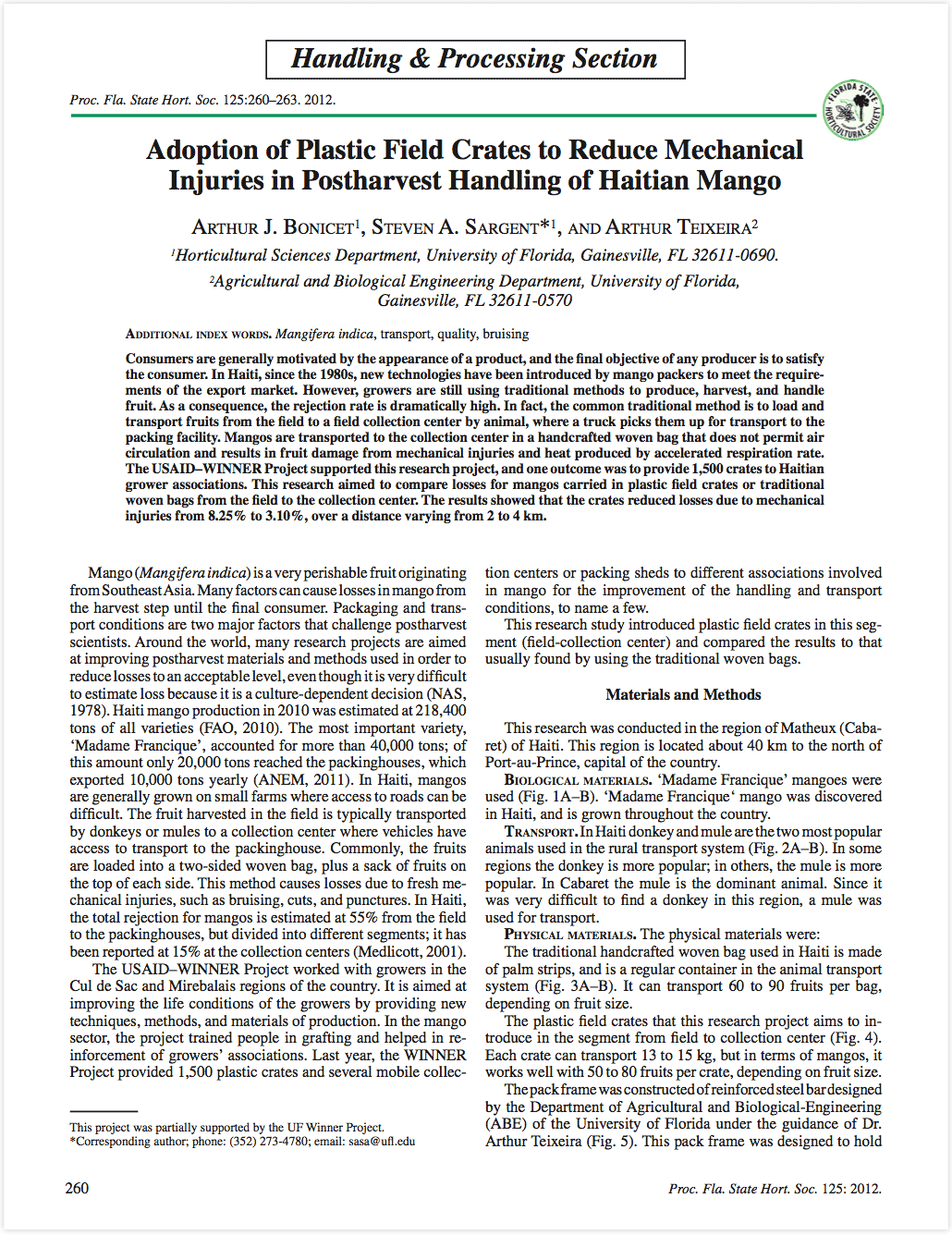 Consumers are generally motivated by the appearance of a product, and the final objective of any producer is to satisfy the consumer. In Haiti, since the 1980s, new technologies have been introduced by mango packers to meet the requirements of the export market. However, growers are still using traditional methods to produce, harvest, and handle fruit 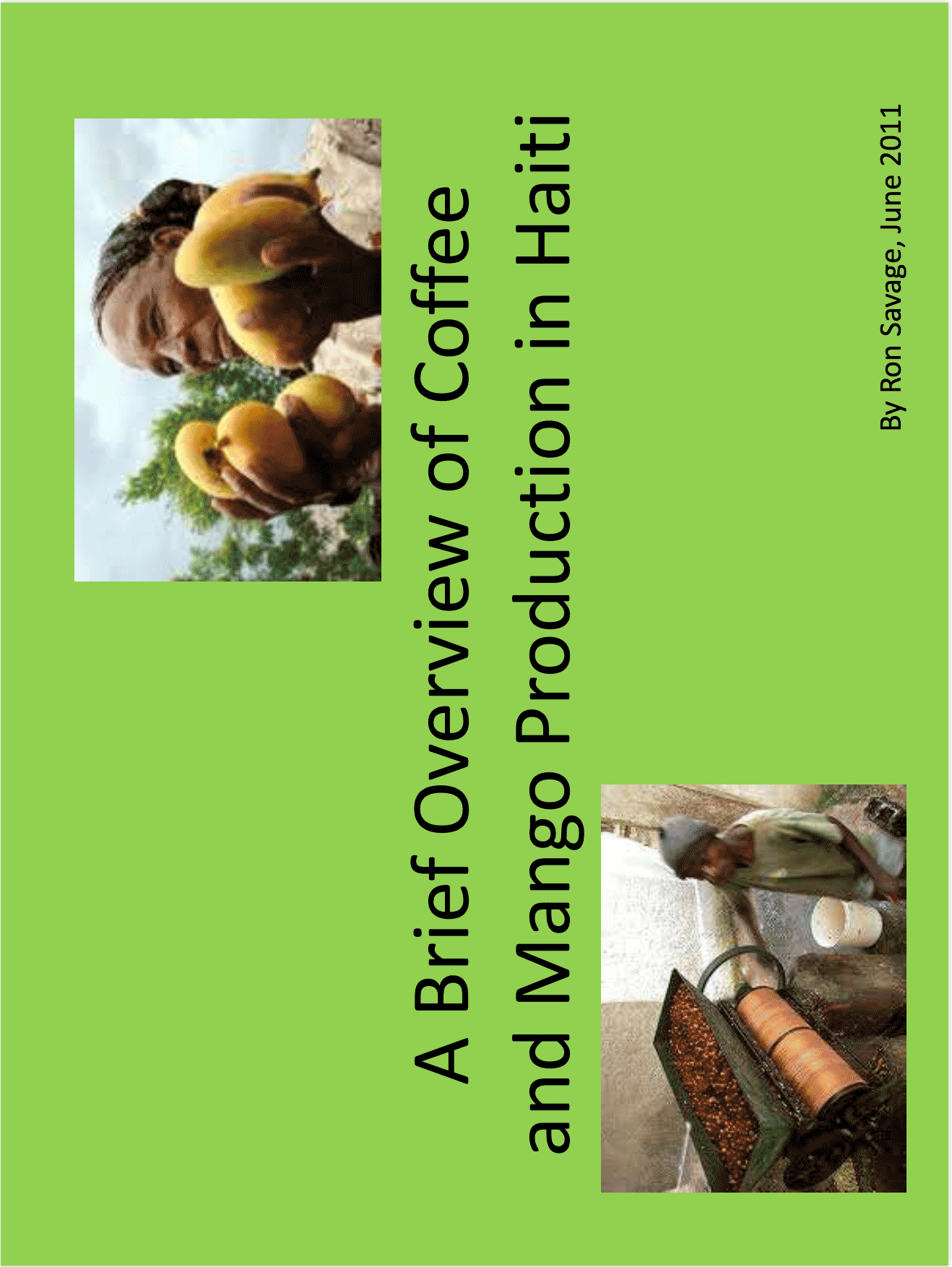 Haiti Background: Haiti’s population is predominantly poor and agrarian ; Most farms are less than 1 ha in size ; Much of the topography is mountainous.... 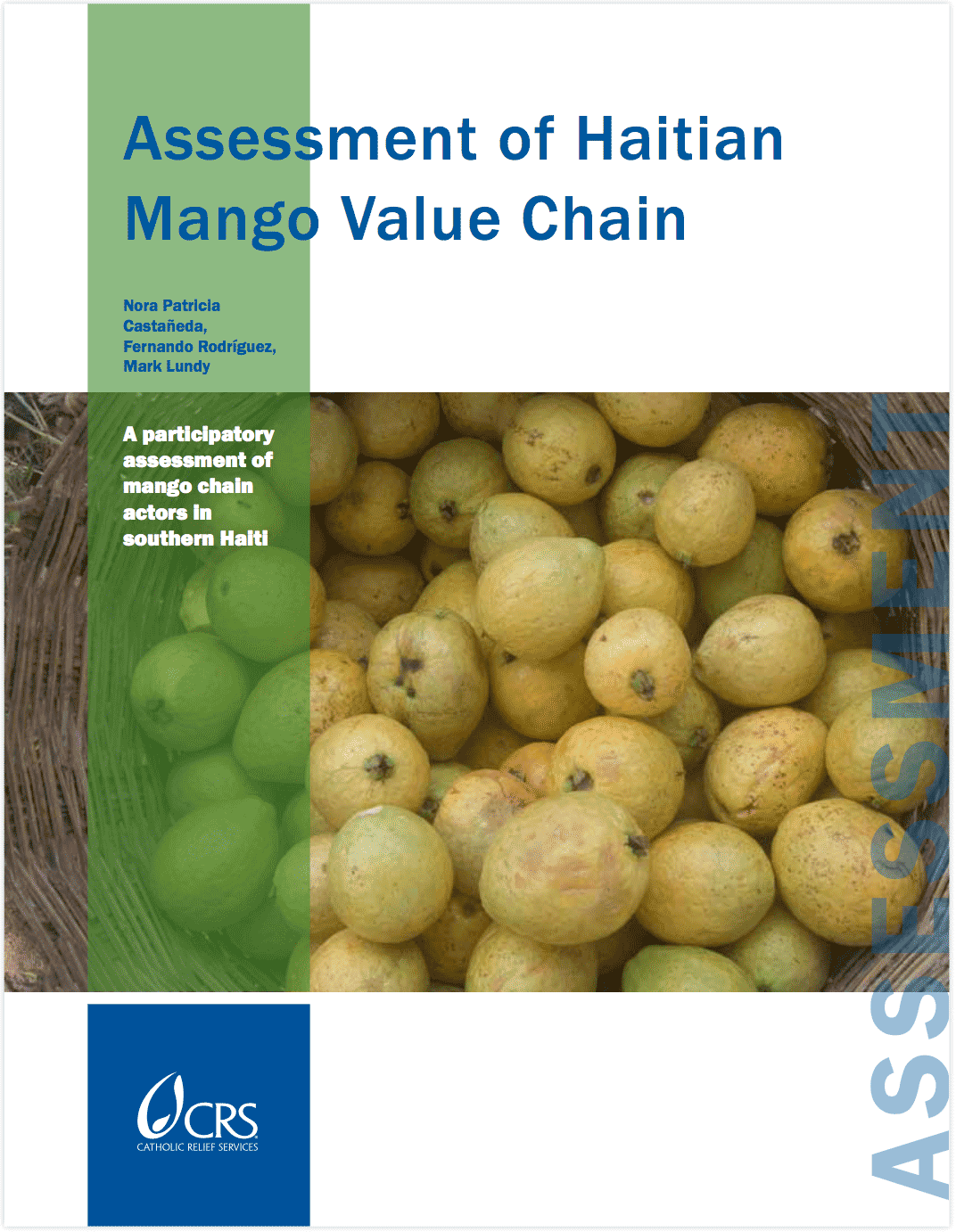 This document is structured in three main parts. The first part provides an overview of the current mango market at the international and national level, as well as a description of the importance of agriculture and mango in Haiti. The next two parts are products of interviews and workshops with almost all of the actors of the mango chain in southern Haiti. These parts include a description of the mango chain for the region and its actors, constraints analysis and recommendations. 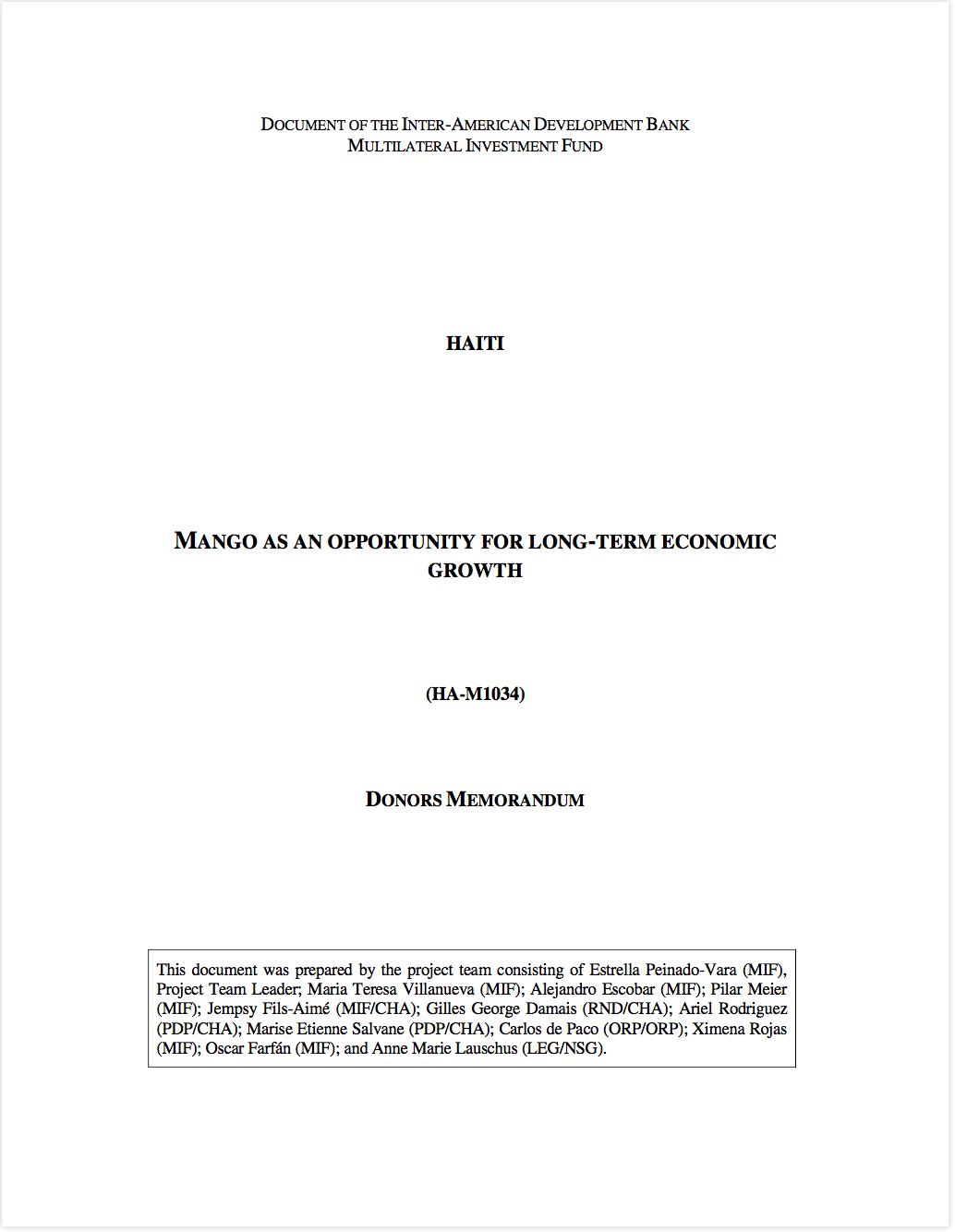 Continue Reading Mango as an Opportunity for Long-Term Economic Growth