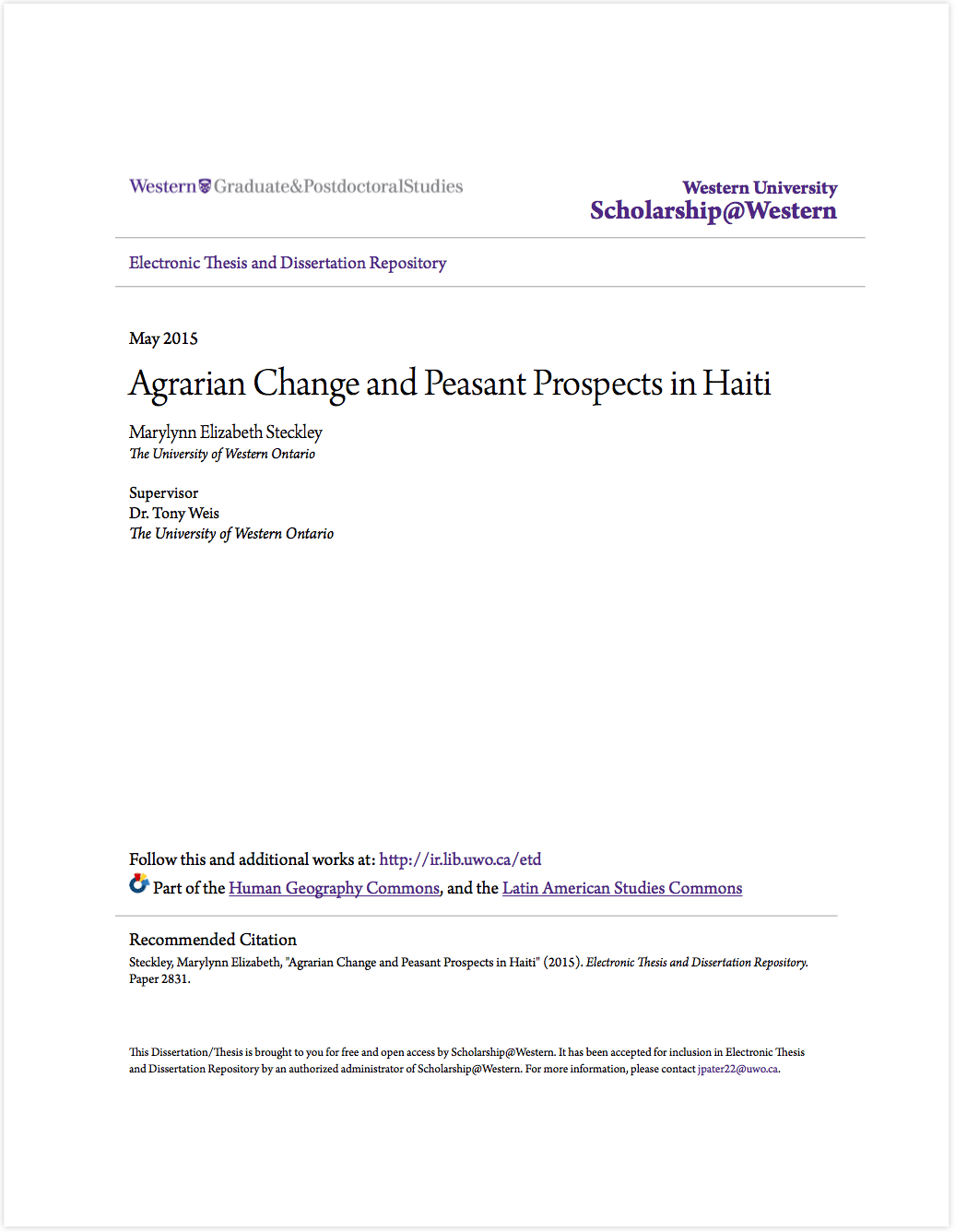 Haiti is one of the poorest and most severely hunger-stricken countries in the world (GHI 2013). Its contradictions are jarring: although Haiti has the largest relative agrarian population in the Western Hemisphere and relatively less land inequality than the rest of the region (Smucker et al. 2000; Wiens and Sobrado 1998), it is extremely food insecure. Almost 90 percent of the rural population lives below the poverty line (FAO 2014; IFAD 2014), and Haiti relies on food imports for 60 percent of national consumption (OXFAM 2010). 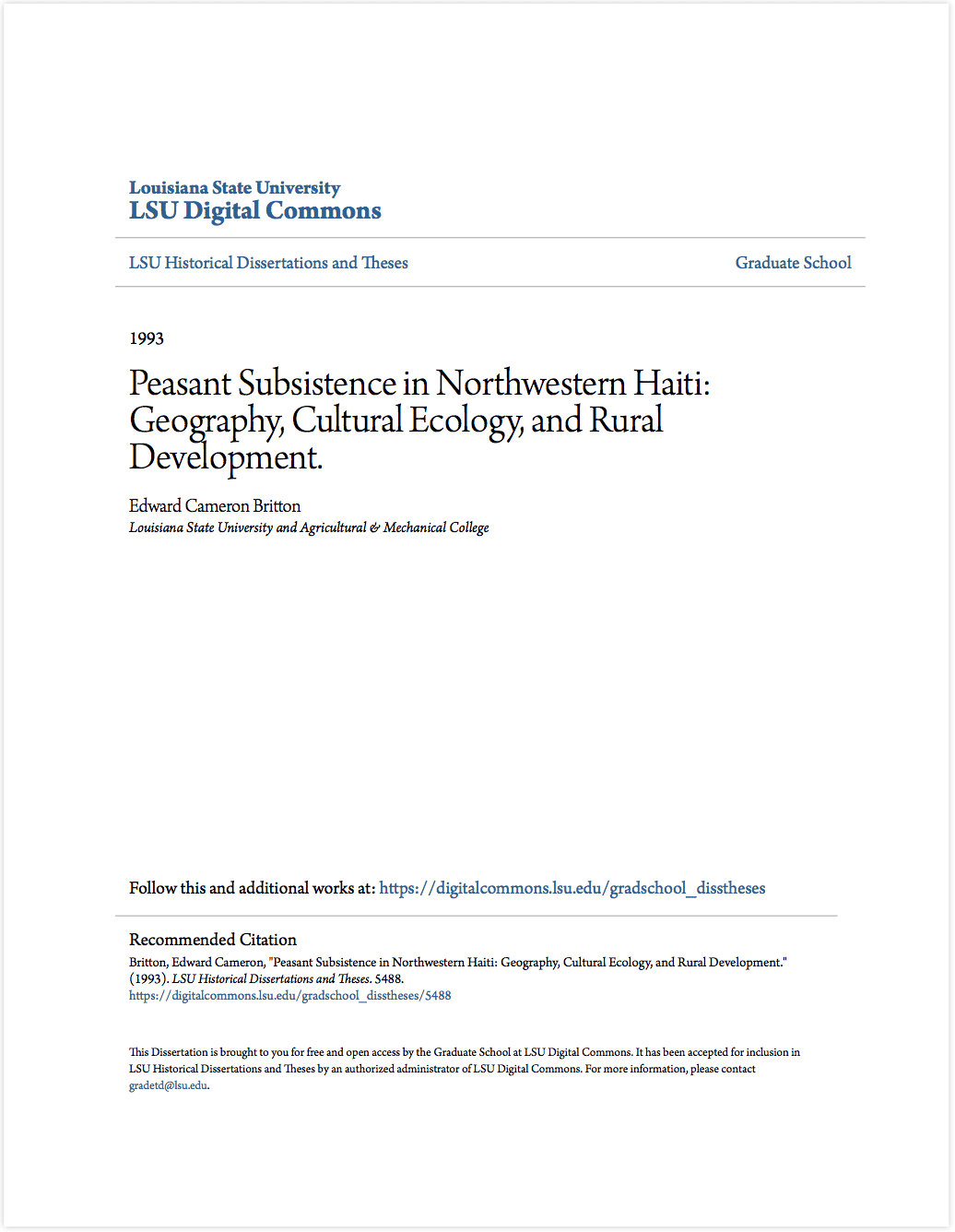 Geographers are challenged to explain "the why of where." This study grapples with "whys" of peasant subsistence in contemporary rural Haiti. Cultural ecology, one of the fundamental themes in cultural geography, examines the interplay between cultural traditions and the realities of subsistence in a given physical environment.